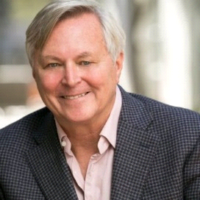 He has served as a board chair and board director of several high-potential start-ups and media industry groups. David’s governance expertise and leadership has been sought after by boards. His strategic insight, analytical mindset, and knowledge of how to use technology as a game-changer (especially in the entertainment industry) have added real value to the boards on which he has served. He is an acknowledged expert in the media industry around the world and has been at the forefront of three major industry revolutions – DVD, Blu Ray, and Digital Distribution.

David is a recognized authority in developing effective leaders. His passion for building high-performing teams and for coaching executives has helped create a cadre of effective leaders in companies like Netflix, Sony, Google, IMAX, and Amazon. He serves on the advisory board for USC’s Third Space Thinking Center which focuses on leadership development.

David is now president of David Bishop Media, Inc., an advisory firm serving the media industry and providing executive leadership development. He has a track record of helping leaders
David holds a graduate degree in executive and organizational development from Columbia University. David is a respected board member and leader in the home entertainment industry. He was a board member of Movielink – an industry joint-venture that was the first internet video-on-demand service. He served as president and then vice-chair of the Digital Entertainment Group – an industry trade group. David has been inducted into Variety’s Home Entertainment Hall of Fame. Over the years, he has served as a board member of several early stage companies. He is currently a director of Parrot Analytics and an advisor to 3PM Shield. He is also the current chairman of the Greater Los Angeles Food Bank.