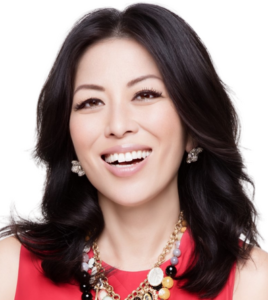 Joy Chen is an Associate and Executive Coach with El Camino Group, LLC.

Joy Chen 陈愉 is the world-renowned executive coach whom the Wall Street Journal pronounced “an American Lean-In Guru in China” and the Los Angeles Times refers to simply as “The Networker.” She formerly served as a Deputy Mayor of Los Angeles and as an executive search consultant to Fortune 500 companies. Joy is the Founder of JOYOUS, an executive coaching and leadership development firm for Chinese Americans.

Born in the U.S. to immigrant parents, Joy began her career as a real-estate developer. At age 31, she was appointed a Deputy Mayor of Los Angeles, a position she used to spearhead education and workforce development projects to help Angelenos gain the skills and knowledge to compete in 21st century jobs.

Upon leaving public service, Joy joined Heidrick & Struggles as an executive search consultant and coach for CEOs and other executives for Fortune 500 companies across North America, Europe and Asia. She also wrote a Chinese/English careers blog which went viral on Chinese social media, prompting a publisher in China to recruit Joy to write a book for women there.

The success of that book, DO NOT MARRY BEFORE AGE 30《30岁前别结婚》and her second best-seller, HOW TO GET LUCKY IN YOUR CAREER《30岁趁势二位》, launched Joy as a celebrity executive coach and career guru in China.

For clients including Procter & Gamble, Volvo, and Weber Shandwick, Joy coached and trained Chinese employees to develop the skills to thrive and lead in a global environment. She also packaged this training into online courses and social media which have helped millions to unleash their full potential.

Joy has been profiled by The Wall Street Journal as an “American Lean-In Guru in China,” and by ABC News as “a superstar in China.” Other media profiles include VOGUE China, Esquire China, Caixin and OZY Media.

This Spring, spurred by anti-Asian hate in the U.S., Joy established JOYOUS to give Chinese Americans the insider guidance they need to smash the glass ceiling so they can build lives of greater impact and joy. She works in English and Mandarin Chinese.

Joy earned a Diversity and Inclusion Certificate from Cornell University, MBA and M.A. in Urban Planning degrees from UCLA, and a BA from Duke University. She lives in Los Angeles with her husband and two young daughters.